This course consists of three units. In the first unit, various theories of normative ethics are presented. These include: cultural relativism, ethical subjectivism, divine command theory, ethical egoism, utilitarianism, deontology, and versions of virtue ethics. Materials for normative theories can be found on my Ethics page.

In the second unit, ethical issues surrounding the use of drugs are considered. Some topics include: medical legalization, legalization for recreationational purposes, performance-enhancing drugs, the morality of decriminalization, and the morality of drug use in general. In examining arguments surrounding drug use, I typically rely upon Douglas Husak's book Legalize This! The Case for Decriminalizing Drugs (Amazon). As the name of the book implies, Husak makes the case for the moral permissibilty of recreational drug use and the moral wrongness of laws that criminalize drug use. For more, see Morality of Drug Use Handouts.

In the third unit, the morality of abortion is considered. In considering the topic of abortion, the focus is primarily on whether or not it is possible to make sense of arguments for / against abortion that do not consider the moral status of the human fetus. In considering this topic, I rely upon Christopher Kaczor's book The Ethics of Abortion: Women's Rights, Human Life, and the Question of Justice (Amazon). For more, see Morality of Abortion Handouts.

Note: Husak and Kaczor both put forward controversial positions. The use of both books should not be taken to imply I support the theses of these books. 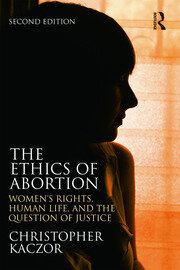